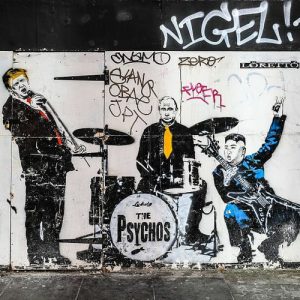 SoundCloud has decided to stick to it’s old policy so our music still is and will be available trough SoundCloud. Today two new tracks were added – fresh mixes and 100% original songs! Two completely different tracks: one song leaning towards hard rock and the other is ‘christian rock’.

Let’s start with the Christian song, it’s not the average gospel song. Of course it’s a song about a christian theme in fact about Jesus but I think the music won’t fit in the standard ‘gospel songs’ you know. Writing the lyrics took a lot more time than expected despite it’s simplicity.

Well the fires in Australia triggered this; that is: environmental damage. Done by lunatics who deny this world is going down hill fast. The power of crazy guys at the top also inspired it. So it all got mixed up in this song. And in the end the “master of slaves” shows his face. Hope you like it as much as I did writing, recording and mixing it.