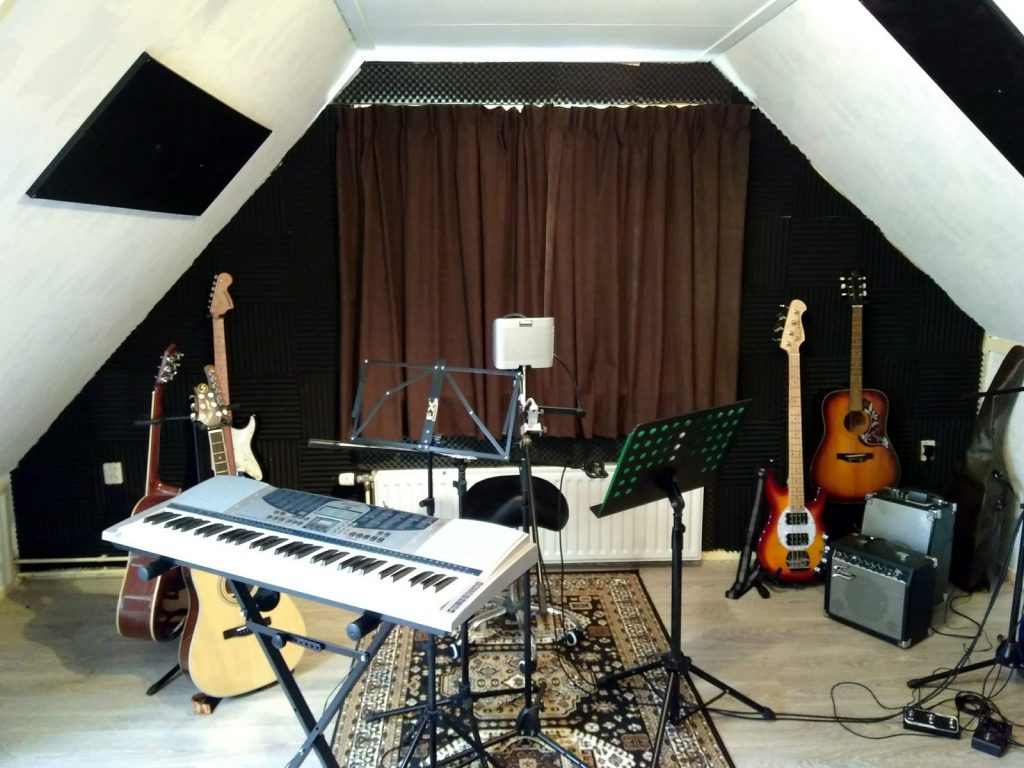 The “ZolderStudio” (Dutch for “The Loft Studio”) is a small, home based, studio in Noordhorn, the Netherlands. All songs for this project as well as other music projects and albums for other artists are recorded at the ZolderStudio.

The studio is a “low budget” studio. This has been made possible by buying materials on sale, second hand and because of the fact a lot of the ‘gear’ you see here has been given to me for free! Apart from that, I’ve build the computer myself and use Open Source software (Linux based recording).

Below is a ‘shortlist’ of hardware and software used at the ZolderStudio. Please note, the list is somewhat incomplete.

The mixers are both analog mixers, connected to the computer using a Behringer UCA interface. This is not by choice, I happened to have bought the Behringer mixer (on sale) before USB-audio got big and the SoundTech was given to me for free.They both have a true, great, vintage analog sound and great preamps for the (condenser) mic’s.

I love using Open Source since there is no license fee involved and the Open Source concept is one of my favorite ideas. I’ve written several software programs in the past also and distributed them as freeware.

I have a lot of instruments at my studio/home, so I’m only listing the ones I use on my projects on a regular base. I’ve been collecting these instruments over the years and still buy new stuff (including used stuff of course).

Apart from the above I sometimes also use a desktop computer (situated in my home office) for mixing. It is also a Linux Mint based computer with Mixbus5. Of course there are several pedals for my guitars also as well as  two amps, monitoring system and so on…